How can we avoid payment related data breaches and learn from the past?

Having recently attended the PCI DSS Community Meeting organised by the PCI Security Standards Council, where data breaches were discussed we would like to highlight some payment breaches that took place in recent years, with some advice on how we can learn from them.

Lesson learned: The University contracts numerous providers that are involved in the card payment process, and it is paramount that their level of compliance with PCI DSS is monitored on a regular basis.

Lesson learned: The University uses terminals for handling customer present transactions. If these are not provided by the Finance Division, be sure to verify that the models/solutions you are using have been validated by the PCI Council. (This can be checked on the PCI DSS Council website).

Lesson learned: Departments that use PDQ terminals shall provide relevant training to staff, and ensure that they know how to recognize signs of tampering. Procedures shall be established to define regularity of tamper checks. (This may vary depending on the PDQ location and level risk that is associated with it).

The above incidents evidence that organisations can be exploited in many ways. Lack of PCI awareness and training, poor communication with third parties, and missing / weak due diligence processes are all common errors, but they can be mitigated by applying controls indicated in the Standard (PCI DSS). 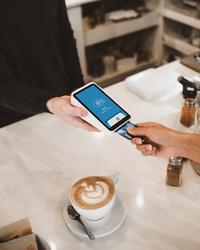 BENEFITS OF A PCI DSS AUDIT

BENEFITS OF A PCI DSS AUDIT